Why Office 365 Cloud Migration Will Hugely Benefit Your Company

If the many reasons to move to the cloud aren’t apparent to you yet, you must be new to the idea of cloud services. Or, you’ve heard it being batted around for a while but hadn’t checked into it yet. Either way, there’s a lot you should know as a business owner or entrepreneur about how cloud services work and help keep IT network owners safe and secure from cyberattack or data breach. The “cloud shift” is slated to affect over $1 trillion in IT expenditure by 2020, so it’s going to be one of, if not the world’s dominant service-based industry. Office 365 is Microsoft’s homage to the cloud, offering SaaS (Software as a Service) delivering virtualization and cloud computing options that allow for a virtual office environment. This means companies like yours benefit hugely by migrating part or all of your IT operations to the cloud. 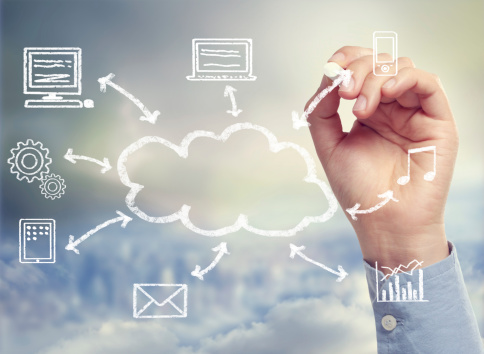 By far the two main draws to cloud services like Microsoft Office 365 are bolstering productivity while at the same time cutting overhead cost. Millions of businesses have adopted cloud services and virtual office environments where, for instance, a sales manager could be in Tokyo with new prospects, a project manager in New York with partners, and other associates in other parts of the world – all able to conference in the cloud, which, with SaaS possibilities, can even consolidate Google docs and tools with Microsoft Suite platforms.

Artificial Intelligence (AI) will be responsible for allowing cloud agents like Office 365 to be self-regulating, self-updating, and a learning tool that grows with companies, staff, and IT networks. Genee, which is still just a toddler in human years, is a digital assistant within Office 365 which acts as a sort of personal assistant. It can set and re-schedule appointments via remote commands on the fly you give it from mobile devices. Pretty cool, huh? This is what makes software services in the cloud so vital to doing business globally in the 21st Century.

Cloud Expenditure and You

The forecast for cloud computing and subsequent market estimates show astonishing leaps and bounds of growth are on the horizon in the cloud sector of IT alone. Here are some helpful stats on forecasted and current cloud spending, thanks to Forbes:

Craving a Cloud Shift? Consult an IT Expert.

If you’re interested in migrating your office to Office 365 and aren’t a seasoned expert on the matter, consult a team of at-the-ready IT experts who’ll be able to get you there. Bridge Technology Operations is the leader in providing managed IT services.  Contact one of our IT pros at (877) 686-1122 or send us an email at help@btechsouth.com, and we will be happy to answer all your questions.